skip to main | skip to sidebar

Astronomy Photographer of the Year 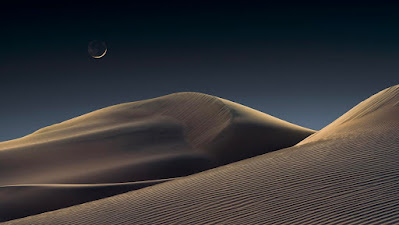 Skyscape by Jeffrey Lovelace, shot at Death Valley in California's Mojave Desert, now on exhibit at the Royal Museum Greenwich.
Posted by **** at 8:29 AM No comments: 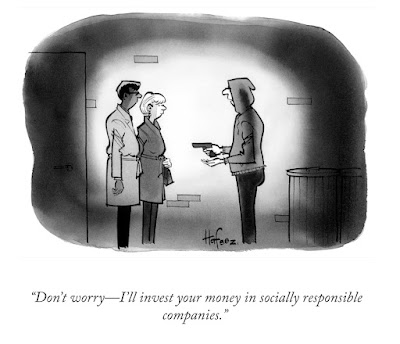 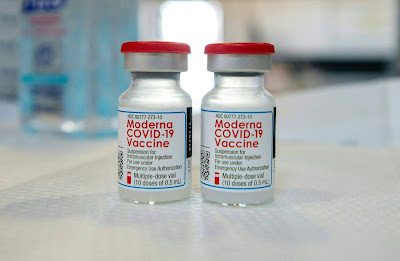 "The story of Moderna illuminates several salient aspects of the breakthrough process. First, breakthroughs emerge from the accumulation of numerous advances – some big and many small. There was no precise 'aha' moment then the mRNA breakthrough happened. In fact, there was no single mRNA breakthrough: The Moderna mRNA platform was built on a constellation of technologies, methods, techniques, and know-how that evolved over time. For instance, the team realized early on that because the immune system saw the injected mRNA as foreign and hostile, it attacked the molecules and shut down production of desired proteins. Solving this problem – which involved developing proprietary ways to package mRNA so that it could evade the immune systems and deliver it to the rights cells in the body – took years.

Second, breakthroughs do not require an initial focus on a specific problem or user need. Flagship's research started with speculation around a very broad use case: Could mRNA be used as a new drug modality? But there was no particular disease to be cured or user need to be addressed. Although Moderna is best known today for its Covid-19 vaccine, infectious-disease vaccines were not a major part of the company's early thinking; nor were cancer therapies or other types of vaccines, which now constitute another major thrust of the company. The search for practical applications coevolved with the deeper understanding of the technology.

Finally, breakthroughs originate with highly speculative, even seemingly unreasonable conjectures. The question 'What if messenger RNA could be a drug?' was purely hypothetical in 2010. (As late as the summer of 2020, many experts were skeptical that mRNA-based vaccines against Covid were feasible.) But that was the point. The sole purpose of the what-if question was to frame the exploration. It did not have to be right to be successful. In fact, many initial conjectures about mRNA were wrong, but other important insights were generated along the way. Although no one could predict where the exploration would lead, the process was neither random nor chaotic. The concept evolved and the solution emerged through a highly structured set of activities involving variance generation and selection pressure." 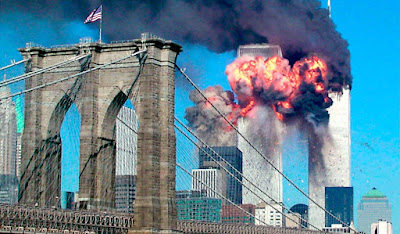 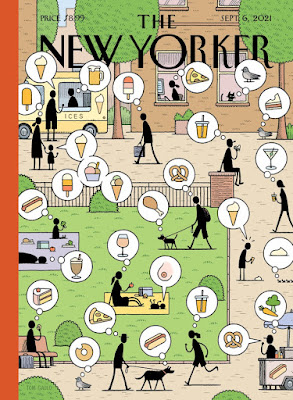 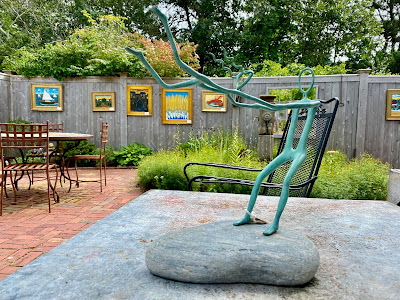 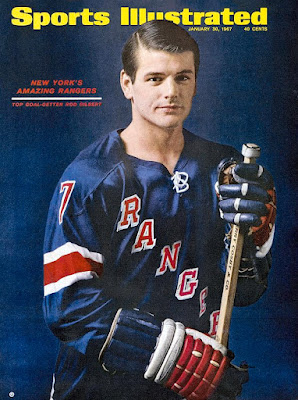 Getting older means many things, the inexorable yet often unexpected march of death among them.

Such was the feeling tonight when a friend texted to tell me our boyhood sports hero, Rod Gilbert, had died at 80.

In 1968 I started playing Pee Wee hockey in Connecticut's Mid-Fairfield League. Soon after, my father got season tickets to the New York Rangers at Madison Square Garden. I came to idolize Gilbert, a French Canadian right winger, who skated with elan and scored goals with a booming slap shot.

Gilbert, aka Mr. Ranger, holds the team records for most goals, points, and games played. He also won the most hearts as a player, and in retirement as the team's ambassador with younger players and fans. 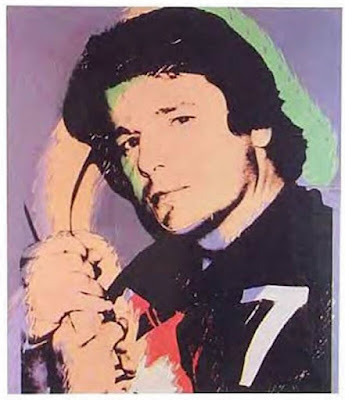 I met Gilbert for the first time in May 1979. On a whim, I drove to Montreal from Burlington, Vermont, hoping to get a ticket to game 5 of the Stanley Cup Finals between the Rangers and Montreal Canadiens. Outside the Forum looking for a scalper, a well-dressed French Canadian man with his family saw me and invited me to join them. Walking the aisles between periods, I came face to face with Rod Gilbert. I extended my hand, he shook it, and I told him about the many games I watched over the years at MSG, and how I idolized him as a Pee Wee player. Mr. Ranger took it all in stride, smiled, and thanked me. The Canadiens won the game and the Stanley Cup that night, their fourth in a row. 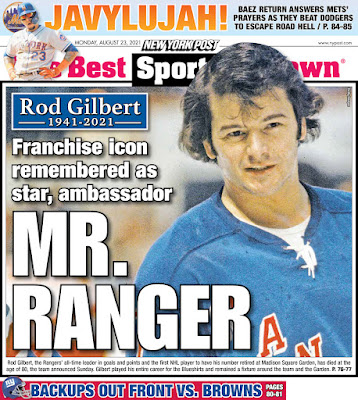 20 years later, I hired Rod and John Davidson to host IBM personal computer retailers for dinner before a game and then in the seats behind the goal. The Rangers beat the New Jersey Devils that night. Rod and I cheered and high-fived after every Ranger goal. Such great memories. RIP. 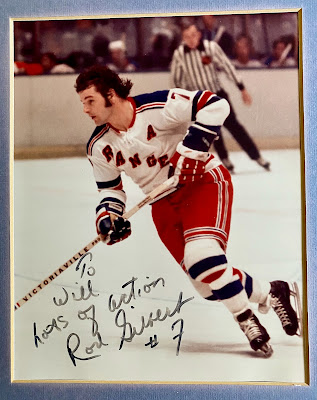